5 Best Android Flashlight App that could save your life

Have you ever been in a situation where you need a flashlight but don’t have one? Maybe you were driving along a dark road and you got a flat tire, battery issues or there were a storm and power suddenly went off.

There could be much reason; you name it!

An Android flashlight app could just be your saving grace or easiest solution at that precious moment when life or time is of value.

I had to install over 10 android flashlights on my HTC One M8 device and I am testing them for you. 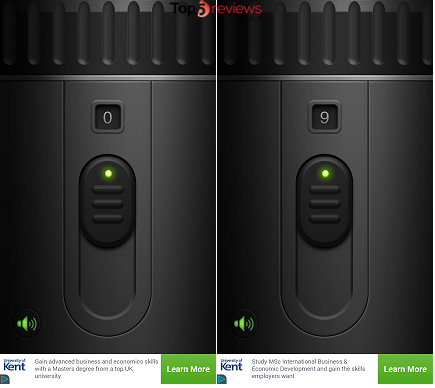 The moment you turn the app ON everywhere is lighted up. The probe set has an option from 0 – 9. 0 is the default setting for the light. The volume can also be turned off, though by default it is active.

For the flashing part or flash delay, you choose an option from 1 – 9 by sliding your thumbs to the left of the strobe. On a downside though there is no option to reduce or decrease the brightness. This is an incredible flashlight, free, very easy to use, and does what it promises.

Say what you want to say, this flashlight app is wonderful. There is no such kind of Google app store. It comes with so many bells and whistle. The only reason it’s not at the top is that it is not so easy to use toppled with a frequent request for user’s feedback.

Aside from all this, you will love it. I spent more time playing and testing this app because it has so many features. However, for many; “flashlight is a flashlight” and the main purpose would be for emergency or situation purposes.

Generally, for a young adult, this would be super fun to use. Unlike the super bright Led flashlight, you can adjust brightness intensity. One thing I really love is the battery gauge. On the screen, you can see how much charge you got left.

The ad position is OK and not intrusive. The design looks clean and it got a beautiful power bottom. There is an easy round menu bottom at the top to access other lighting options. Choose the right option, and then just a slide on the screen, you get different screen color.

The strobe for adjusting the flash timing is analog; you just have to adjust to your desired speed. What else do you want from a flashlight? This is one of the best android flashlight apps if not the best. If you need many options go for it! 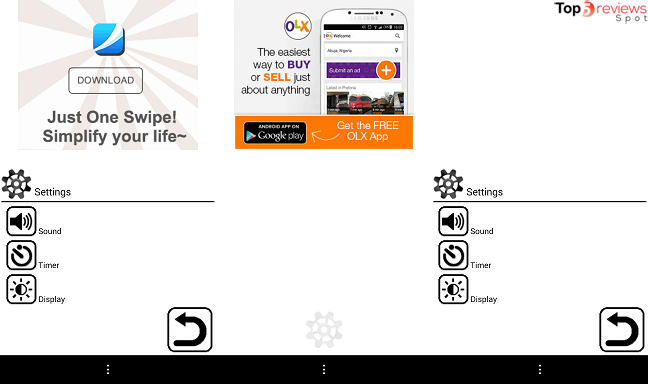 On the third spot, we got the Brightest Flashlight (Free) Android App. The screen is bright enough and could be used as a flashlight. There is an option to auto shut down the flash. You can choose between 2min, 10 min or even never shut down.

Most flashlights don’t have this feature, so this is one of the best parts of this android flashlight app. The sound is annoying though, but it can be turn off putting it in silent mode.  There are few setbacks. One of them is the annoying ad covering about ½ of the screen.

The setting bottom is not clearly visible when the screen is lilted up. On a sad note, you cannot adjust brightness intensity and it just does not have any flash option. This app though is simple and easy to use. It’s designed for lighting purpose only and it is the lightest Android flashlight app on Google play store.

So if you need a simple flashlight app, which you can turn on for a long walk or something else this app is a better option.

Another simplified android flashlight app. It does what it promises to do. This app has one of the best user interface design for the flashlight apps listed here. It’s the only one that comes with a built-in compass.

it shows you your bearing and that’s intuitive from the designer. Setting for flashing is from 1 – 10. 0 is the default torch setting. The 10th position is labeled as SOS.

The sad side of others still on the list is there is no possibility to decrease or increase the flash delay. Aside from that the high powered flashlight is very easy to use the app. The design is simple and pretty and no further setting option. 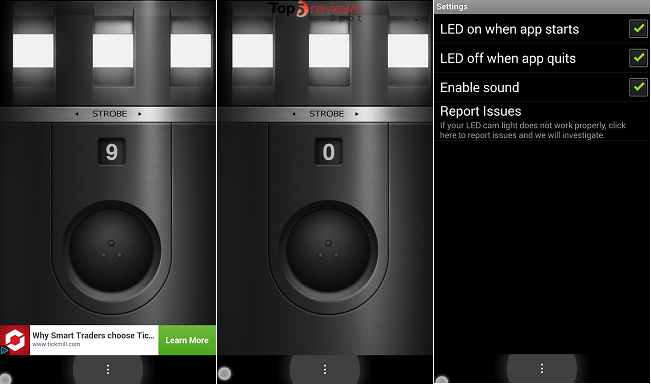 On the fifth spot for the best android flashlight app is the Brightest LED flashlight. This app is similar in design and functions to Super Bright LED flashlight on our top position here. It also has a strobe setting from 0 – 9.

The flashing intensity increases from 1 to 9. 0 is the default position for the light. The ad position is not intrusive. When Compared to Super Bright LED flashlight, it carries more setting. Though several times I try to adjust the setting it really did not save after restarting.  On a good note, the design is simple and serves its purpose.

As usual, most flashlight app tested were missing the possibility to keep the flashlight on after returning to the menu or simply put an opportunity to multitask. But what would you be doing with your mobile and your flashlight ON? In the future, I am looking forward to seeing an app with this feature.

So, make sure you install a flashlight app on your mobile if you don’t already have. You never know when it will come handy. It could be an emergency situation. It’s a necessary app people ignore.

Have you used any of this app? Which is the best android flashlight app you are using? What is your take?

Would love to get your feedback..!

If you love what you have read please do help us to share!

Photo Credit: Flashlight – AKA a torch by Daniel R. Blume 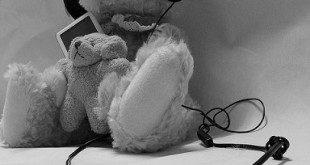 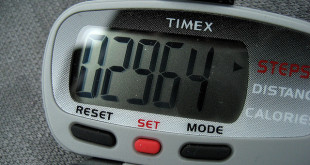 5 Best Pedometer App for Android Devices to Get You Moving

The content on this webpage contains affiliate/paid links. Most of these links takes you to Amazon. We may earn compensation if you click on any of these links.

This website uses cookies to improve your experience while you navigate through the website. Out of these cookies, the cookies that are categorized as necessary are stored on your browser as they are essential for the working of basic functionalities of the website. We also use third-party cookies that help us analyze and understand how you use this website. These cookies will be stored in your browser only with your consent. You also have the option to opt-out of these cookies. But opting out of some of these cookies may have an effect on your browsing experience.
Necessary Always Enabled
Necessary cookies are absolutely essential for the website to function properly. This category only includes cookies that ensures basic functionalities and security features of the website. These cookies do not store any personal information.
Non-necessary
Any cookies that may not be particularly necessary for the website to function and is used specifically to collect user personal data via analytics, ads, other embedded contents are termed as non-necessary cookies. It is mandatory to procure user consent prior to running these cookies on your website.
SAVE & ACCEPT